where I’m going to be: (and what I’m going to be teaching) I do apologize for not keeping this updated better. (I see I haven’t updated in 4 years, oops!)

You can always contact me by email Tchipakkan@tds.net or on my facebook page if you need updated information.

“Roaring 20s at the End of the Universe”

Introduction to Dowsing 3:30 pm ­ 4:30 pm Badger
Dowsing is a way for the subconscious to speak through the body to tell you things you don’t realize that you know. Most think of dowsing as a way to find underground water and minerals, but it can also diagnose illness, find lost items, or figure out whether there’s something you’re allergic to in a dish. We’ll play with L rods, pendulum, bobbers, and even dowsing with no tools. A useful tool for everyone.

From table­ tipping to divination with Ma Jong tiles, from secret magical societies to Carney hucksters, Americans in the 20s were as fascinated by the occult as we are a hundred years later. Nearly every generation has a new New Age, “rediscovering” that people are psychic and magick works. Let’s look at some of the things they did, how some continued and evolved, and others passed out of use, often to re­emerge in a new form for a new generation. 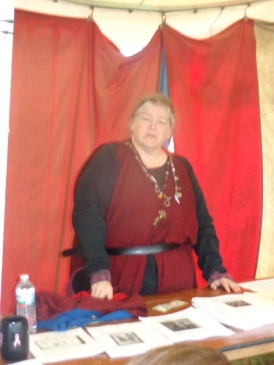 ? SOMEPPD Southern ME Portland ME? usually in August