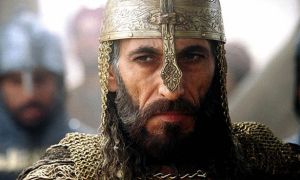 The rise of Islam had a huge impact on the European world, starting while Mohammad was still alive, by 750 ranging from Spain in the West to the borders of India in the East.

The Caliphates ruled much of the previous Eastern Roman and Persian Empires/ The Umayyads (first caliphs) built a series of mosques and schools across the new Empire. The building projects required a great deal of ålabor, thus creating a market for slaves, of which the Rus Vikings took advantage. There was a major exchange of slave (many Slavs) and Moorish gold and other goods.

Under the Abbasids (750-1258) scholarship spread and most of those within the empire converted. Islam spread further down into Africa and east to India. As with Rome, joining Islam made isolated, previously animistic or polytheistic tribes part of a larger economic group. Christians, Jews and Zoroastrians were monotheistic already. Conversion wasn’t required, only accomidation. Around 950 ce, the Seljuks, a Turkish group, displaced the Abbasids dominated the empire until the beginning of the 14th c, when the Ottoman’s came in. They had to fight the Mongols. They finally took Constantinople in 1453, and continued in power until the modern period.

Several factors led up to the way Islam broke across the world like a tide:

The Justinian Plague severely cut into the tax base of the Eastern Roman Empire.

The Alans, pushed by the droughts, migrated west and into the Balkans, reducing the main source of recruitment for the Legions.

The Great Dam of Marib in the Kingdom of Saba (Yemen) failed in 570-75, causing devastating losses of crops and fruit, that had been made possible by the irrigation system from the dam, precipitating a migration of 50,000 people away from that area.

Sacking Jerusalem led to a apocalyptic sentiment. The Jews initially sided with the Persians, until they burned the holy city. Anti-semitism and anti-Christianism were rife.

English would have encountered stories of Moors, or Muslims themselves if they visited the Holy Land, either as Pilgrims or Crusaders. The nearest moors would have been in Muslim Spain:

Al-Andalus, where the Emirate or Caliphate of Cordoba was a center of learning. Under these kingdoms there was cultural exchange between Christians and Muslims. Still, the Christian rulers of Leon, Castile, and other kingdoms kept trying to expel the Berbers. After the fall of Cordoba in 1236, the Emirate of Granada was a subject state of Castile.

There were stories of famous Muslims, and those who fought them. These included:

Harun al-Rashid, Abbasid Caliph of Bagdad during the Islamic Golden Age. His reign was contemporary with Offa of Mercia and Charles the Great, to whom he once sent an Elephant named Abul-Abbasand an amazing clock. Many stories in the collection Thousand and One Nights include references of Harun al-Rashid. He also sent emmesaries to China.

Saladin was a famous Muslim leader during the Crusades. Beat the Franks at the Battle of Hattin 1187, leading to the reoccupation of Jerusalem, although he didn’t win against Richard Lionheart in the Third Crusade. He was a symbol of the “noble foe” and “Virtuous Pagan”.

El Cid is a Castilian military hero. El Cid means Lord in Moorish, the Christians called him El Campeador (Champion). His story is approximately contemporary to the Norman Conquest. He served Sancho as standard bearer, fighting his brothers, kings of Leon and Galicia, as well as the muslim kingdoms in Al-Andalus. After Sancho was killed, he went into exile serving the rulers of Zaragoza, protecting them from Aragon. Eventually he captured and ruled Valencia, which his wife Jimena ruled for three years after his death. He has become a folk hero.

Image Saladin from Kingdom of Heaven because I though ti as a respectful portrayal.