I had a lovely peach today, I think I got it on “Eat a Peach Day” but then you have to wait and watch while it develops from “hard enough to ship” to ripe and catch it before it gets mushy. It was perfect. It’s a pity so many things are hard to catch at that best moment.
The Knotweed is blooming, if we didn’t have preconseptions about it being an invasive weed it would be lovely. Of course, I do, so it just grabs my attention and I gern at it. Willow brought in some blossoms from her rose Miles- my goodness but that one has a gorgeous scent! The pink phlox are blooming now- the white are passing. They are lovely, but not as fragrant as the roses. The goldenrod continue. We sneeze occasionally and wonder if we have allergies, like so many of our friends. But not often. It is cooling in the evenings. This is lovely for those of us who like that, but Willow is not as pleased as those who prefer the cool weather, so we have to restrain our glee. 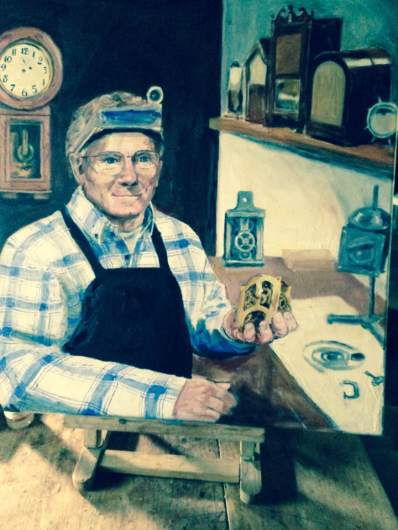 I also watched a totally, amazingly aweful movie called The Werewolf of Washington. It was true to the usual movie themes, with the difference that this one was set in Washington DC. The protagonist was a speechwriter for the President who’s having an affair with his daughter. He gets bitten by a werewolf on assignment in Hungary and the usual difficulties insue. There’s a lovely scene where he traps a girl in a phone booth, and another when he’s bowling with the President and the change starts making his hands swell, and they get stuck in the bowling ball. At the end I think he bites the president and turns him into Werewolf in Chief. It’s all pretty tongue in cheek, and the version I saw had Elvira’s commentary as well. There’s also a lovely scene with Michael Dunn (who played every role available to a dwarf when I was a kid) as a scientist who treats the werewolf as a big dog, and that’s how he acts with him. (When the President tells him to “sit” and “heel” it doesn’t work.) It’s marvelously bad.

Another thing I’ve been thinking about is Rogers and Hammerstein themes: Oklahoma has to do with coming to terms with the reality that the guy you figured was normal is really a dangerous psychopath; Carousel with wife beating and murder, South Pacific has the Americans being so prejudiced that they can’t even deal with the idea that the Frenchman has previously married a native, and as my mother tried to explain to me, Lt. Cable had to die, because he “couldn’t” marry the local girl, even if he really loved her. (He may have gotten over his prejudice, but the audience hadn’t.)  The sexism in the King and I is prettied up, and even Flower Drum song are about intollerance and immigration. In the Sound of Music they have to deal with the Nazis,  and it shows the girls boyfriend is willing to turn them in- love really not conquering all in this story. If you look at Showboat (which Hammerstein wrote with Kern doing the music), it’s about overt racial prejudice, and after giving everything up, the secondary lovers split up anyway. I’m thinking he was wrapping pretty romances around some pretty dark topics to get them looked at.
So there you have it. I suppose I ‘didn’t do much’ because I spent so much time on one thing- the painting, and that’s the equivilent of people who spend 8 hours a day at work, so they only have a couple of hours a day to do anything “interesting”.
Tchipakkan
Upcoming holidays include
31 Eat Outside Day, Trail Mix Day, Diatomaceous Earth Day
1 Ginger Cat Appreciation Day, Letter Writing Day, Bring your Manners to Work Day, Wear Teal
2 Blueberry Popsicle Day, World Beard Day, Tailgating Day, Intntl Bacon Day
3 Welsh Rarebit Day, Pet Rock Day, Skyscraper Day, US Bowling League Day
4 Labor Day, Eat an Extra Dessert Day,  Macadamia Nut Day, World Wildlife Day
5 Cheese Pizza Day, Intntl Day of Charity, Be late for Something Day
6 Coffee Ice Cream Day, Fight PRocrastination Day, Read a Book Day
Tchipakkan
Oh yes, I wrote a blog post on weeds this week.
Man is the only critter who feels the need to label things as flowers or weeds.